The Value of Grandparents

Posted on 17 Dec in Heart Work, Spiritual Training by scott turansky 0 Comments
1 Like 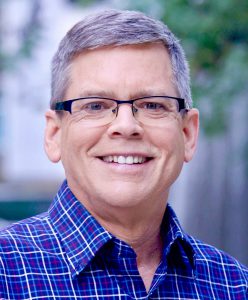 Grandparents meet a special need in the life of their grandchildren. In fact studies show that kids believe that grandparents are very important and value their relationships with them. Furthermore, most grandparents find their role very rewarding.

Most parents recognize the need to have other adults involved in the lives of their children. Kids often listen to other leaders and authorities, and parents inadvertently benefit from the parenting help. Grandparents are an excellent source of strength for grandchildren. Not only is there the emotional bond, but grandparents have the ability to help grandchildren feel special and embrace family values.

Thank You For Your Service

Much credit and applause should go to those grandparents who are raising their grandchildren today. Just at a time of life when you thought your parenting days were over, you begin again to meet parenting challenges with younger kids.

The strength of the relationship between grandparents and their grandchildren comes in part because of the one generation step between them. Grandparents can love the kids, hear the reports, give some wisdom and love, but don’t usually have to get involved in the day-to-day work of parenting.

This one factor contributes to significant relational benefits for a family. Grandparents can often contribute opinions about ways to handle the tensions of family life, or give the kids an opportunity to tell their stories, both good and bad, to a loving listening ear.

Grandparents often are supportive during stressful times in a family’s life. Not only can they offer babysitting and respite care for parents who want to enjoy some time alone, but they can be a sturdy support during times of crisis such as the loss of a loved one or a divorce or separation.

The arrival of a new child can be just the bridge necessary to begin healing rifts between you and your in-laws. In fact, many parents have learned to appreciate the struggles of their own parents as new parenting problems reveal that the job of parenting isn’t as easy as it looks.

At times you may be frustrated with your parents and the way they interact with your kids. Overindulgence is one of the highest complaints parents have about the grandparent/grandchild interaction. You may want to set some limits on gifts, or teach your child how to handle possessions in those situations, but don’t miss the great benefit that is developing. Children can learn gratefulness and develop non-materialistic ways of building relationship. Of course, grandparents love the greeting cards, video messages, and specially baked treats much more than monetary gifts anyway.

Grandparents are people. That means that they have their own set of strengths and weaknesses. Don’t spend a lot of time wishing that your parents or in-laws were different. Look for ways to take advantage of the good and minimize the bad. Your kids will be better for it.

Grandparents can be helpful sources of strength, information, and wisdom. They can be a stress reliever for frustrated children, arbitrators in a disagreement, and avid supporters to provide encouragement even during times of failure. Grandparents can be watchdogs, identifying weaknesses in parents, kids, and impending dangers. They can be family historians and offer stories that can teach important lessons to children.

Grandparents often like to joke and kid, bring surprises, and take children on special trips. Many children look to grandparents as a source of wisdom, a safe place they can go to for advice.

Grandparents can give perspective to their grandkids about growing up, and what maturity looks like. In short, grandparents become a stabilizing force within a family. Kids often don’t understand the complexity of grandparent weaknesses and you don’t have to elaborate on them. Just look for ways to use grandparents to reinforce the things you’re already doing in your kids. It’s amazing how powerful grandparents’ words, gifts, and encouragement can be. Those things can send a message that says to a child, “You’re part of something bigger here. You’re part of a family and you’re carrying on a legacy as you grow up and be the person God wants you to be.”

The Blessing is Passed On

A beautiful story takes place in Genesis 48:1-22 when Joseph takes his two sons to their grandfather for a blessing. In verse 9 Grandpa said, “Bring them to me so I may bless them.” As the story unfolds the blessing of Grandpa meant a lot to those boys and God used it in their future as well. If your parents are believers, ask them regularly to pray for your kids and with your kids, they can be a part of teaching spirituality to your children.  Imparting a spiritual blessing on them passes on a heritage that comes not from an earthly lineage but from a heavenly one.

Children benefit greatly from grandparents and you can do a lot to encourage your kids to spend time with them. They’re often the hidden blessing in a family. Take the time to nurture those relationships. Your kids will be better for it.