There are two kinds of people in the world, whiners and solvers. Whiners complain about life, feel like victims, and believe that others cause their problems. If others would just change then they’d be happy. Until then, they’ll just whine about life. Solvers look for solutions, recognize that they can impact others, and feel empowered to change the situation. If they can’t solve the problem themselves, they know where to go to get solutions. 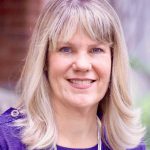 It Starts with the Words

Helping children move from whiners to solvers starts in the way they talk about problems or bring them to their parents. The very words that they use are important. When Johnny comes into the kitchen and says, “I’m hungry,” you might say, “Johnny, that’s focusing on the problem. Tell me the solution.” In this way you’re transferring the responsibility to the child.

Johnny’s response can be, “Mom could I please have a snack.” That’s using words to focus on the solution. Don’t wait for the whiny voice to indicate a complaining heart. Look for word cues and you’ll be able to bring about change more quickly and effectively.

When Mackenzie yells, “I can’t find my boots!” that’s focusing on the problem. It would be better for her to say, “Dad, would you please help me find my boots.”

Maybe you think this is only semantics. But the words children use to bring problems to their parents can mean all the difference in the way they view themselves and the world. Whining is often the sign of a victim mentality. Children who believe that they’re victims are often angry and resentful because everyone else is the cause of their problems. They don’t believe they can change anything so they may as well just complain about it.

Expressing misery to others might bring sympathy but it rarely brings change.  Furthermore, if the whining works and others change, it further cements the wrong thinking in the mind of the child. “If I whine enough, other people will change the situation and then I’ll feel better.”

Be careful that you don’t solve a whining child’s problem too quickly. Rather, encourage the child to take initiative to solve it. The solution may involve you but it requires that the child take action toward the solution as well.

Elizabeth is twelve years old. She often complains that she doesn’t have the clothes that she wants to wear. Mom is in the habit of helping her find something but most of the time Elizabeth is still unhappy about the choice. Mom realized that her daughter had developed an attitude that the clothes problem was Mom’s to solve, so she decided to make some changes.

Mom took Elizabeth out clothes shopping and they bought a couple new outfits. Then she helped Elizabeth organize her closet and drawers, removing many of the clothes she’d outgrown or didn’t like. Next, Mom showed Elizabeth how to run the washing machine and helped her with the first few loads. Mom explained to Elizabeth that now she was twelve years old and could manage her own clothes by herself. Mom also took a stand against Elizabeth’s complaining.

With these steps Mom empowered her daughter to be a solver when it came to her clothes. Now Elizabeth couldn’t blame anyone else for a lack of clean clothes. When she did, Mom told her that she couldn’t play on the computer or go out with her friends until she washed her clothes. It worked. Elizabeth was still unhappy sometimes with her options for clothes, but she knew that she was the one who could fix it.

Often the key to making a plan work is to transfer responsibility to the child. If you give a plan to a child, the child is likely to resist. If you help your child develop the plan, ownership increases the likelihood of success. It’s true that some children don’t want to develop a plan, but this isn’t optional.

Your Child Needs a Plan

Some parents have a low tolerance for frustration especially when they see that frustration in their children. Then the parent, in an attempt to ease the pain, steps in and rescues the child. Remember that frustration can be a great teacher and provides internal motivation to find a solution. When parents solve too many problems children come to rely on parental solutions because it’s the easy way out. When parents require kids to do the hard work to solve their own problems then kids develop a greater confidence to handle the challenges of life.

Brian’s son Tim often wanted a drink of juice from the refrigerator. With Tim being only four years old, Brian didn’t feel like his son could solve that problem by himself. Unfortunately, Tim whined often for a drink. Brian got an idea. He bought a small pitcher with a lid that held a couple of cups of juice. He then taught Tim how to use the dishwasher door as a table and pour his own juice into his plastic cup. Any spills weren’t a problem because when Tim was done he just shut the dishwasher and put the pitcher back in the refrigerator. Brian had empowered his son to be a solver instead of a whiner.

The scriptures talk about having a good attitude with tasks when in Philippians 2:14 it says, “Do everything without complaining or arguing.” That’s great advice for the family. Complaining is a common problem, and not just for kids! Begin now to teach your children to look for solutions rather than focusing on problems, and you’ll be giving them a gift that lasts a lifetime. 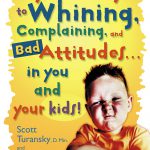